So last week’s comic was late for the first time. Why? I forgot it was Sunday. I’m really proud that I’ve gotten all these out on time (one other came out on Monday, but it was early on when I was thinking of Monday as the release day and that Sunday was early).

All I have to do now is type “node publisher.js”, and it’s up. I’m really proud of my record, and that was a stupid reason to break it.

Julius’s latest T-shirt is a Woot shirt. I got permission from the artist to feature it in the comic.

The big news is that I got a new tablet, a Cintiq 21 UX. It’s better to describe this as a big monitor that doubles as a graphics tablets. A lot of the artists I admire use one. It was so easy to set up.

Here’s a quick illustration of the difference: 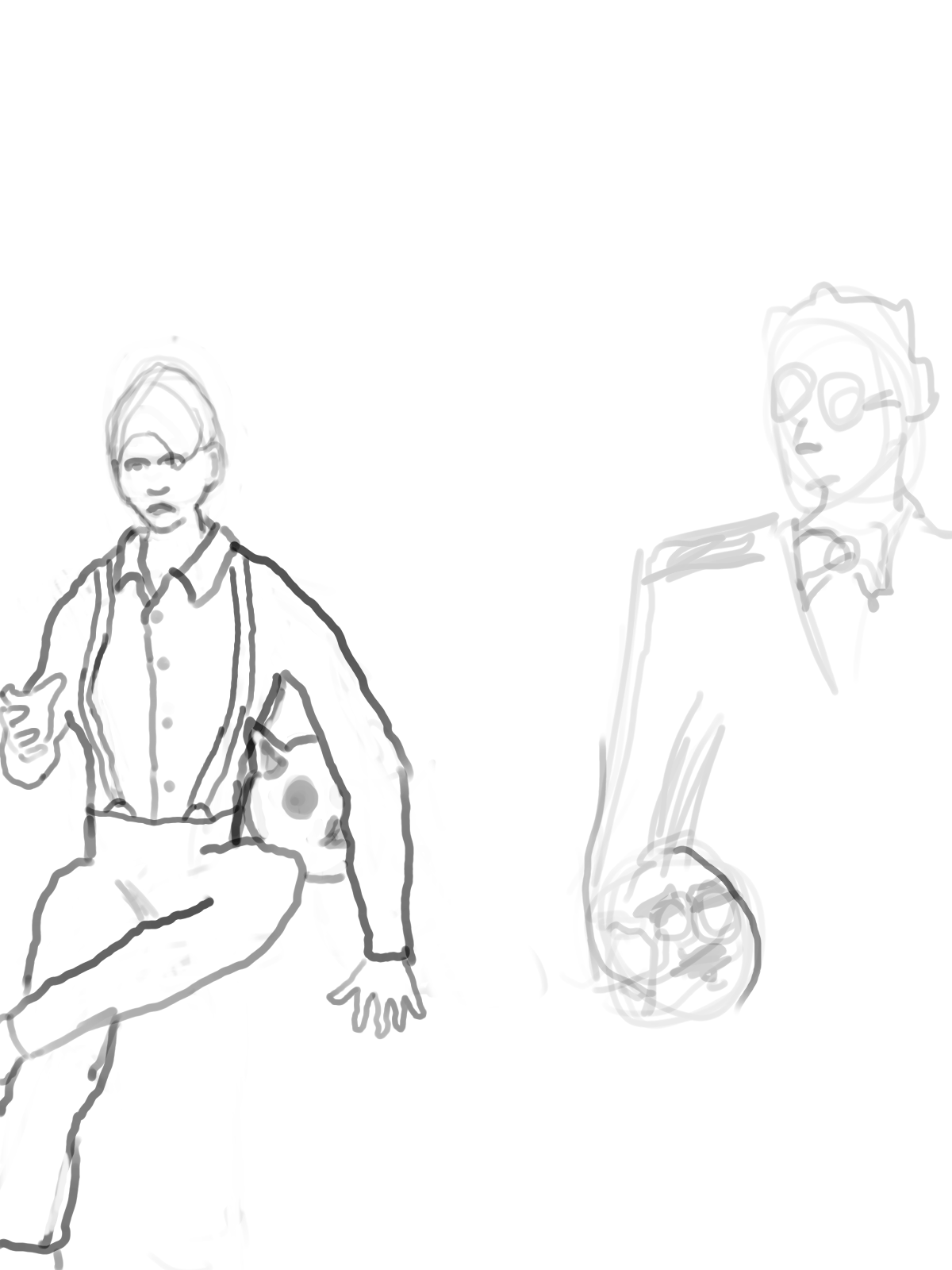 Ada, on the left, is step two. Julius, on the right, is step one. Normally, there would be dialogue here (not in bubbles yet) from step one, but I hid it to lower the spoilerness of this example.

So, the Cintiq is pretty nice. So far, it’s given me a lot more patience with drawing. With sketching, my approach is try once, if I fail look for a way to cheat, a 3D model, a picture for reference, whatever, and I try again. If that fails, I change my approach and try a third time. If that doesn’t work, fuck it.

With the Cintiq, I’ll often do two or three tries before running back to a reference. We’ll see how it goes. I’m kind of hoping that economies of scale will allow me to do these four weeks of panels in three weeks. I’m also using almost as much Blender (a 3D rendering program I’m slowly learning) for these new panels as I used for the VR work.